CRU technology for military IT 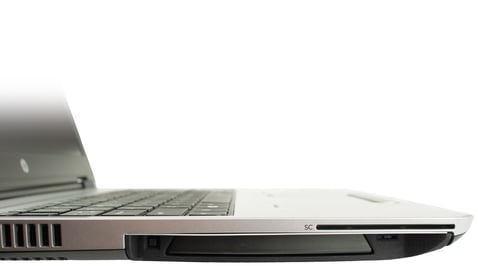 As you might suspect, the IT challenges that accompany certain aspects of the federal government, such as the Department of Defense, are immense.

The DOD, according to its mission statement, is responsible for providing the military forces needed to deter war and protect the security of our country. These forces include the Army, Navy, Marine Corps and Air Force, consisting of about 1.7 million men and women on active duty. Of these, some 518,000 -- including about 67,000 on ships at sea -- are serving outside the United States. They are backed, in case of emergency, by the roughly 1 million members of the reserve. In addition, there are about 1.1 million civilian employees in the Defense Department.

That is a lot of people and activities to oversee, with a presence in every state in the country as well as at the Pentagon. In its varied tasks, the DOD seeks to protect U.S. citizens from terrorist attacks as well as provide support to civil authorities in case of domestic disasters like hurricanes.

Rising global tensions increasingly necessitate that classified DOD information flows freely and is easily accessible to those who need it. But sensitive data also must be protected from those who don’t need it, and shouldn’t have it.

Providing IT protocol and support to military users often combines a myriad of needs: technical resources, along with information systems, operations and special support. The military’s 24/7 use, multiple levels of security clearance, and rugged durability are common demands.

But, he said, the DOD can commit to good IT practices and solid cyber hygiene.

At present, the U.S. government spends about $80 billion per year on information technology, more than 75 percent of which is spent on maintaining legacy systems. Future IT solutions for federal agencies like the DOD must enable secure, integrated storage of all data, while updating in real-time.

Technologies like this exist and already are being implemented by government contractors, such as CRU, with products like the DataPort DP27 and others.